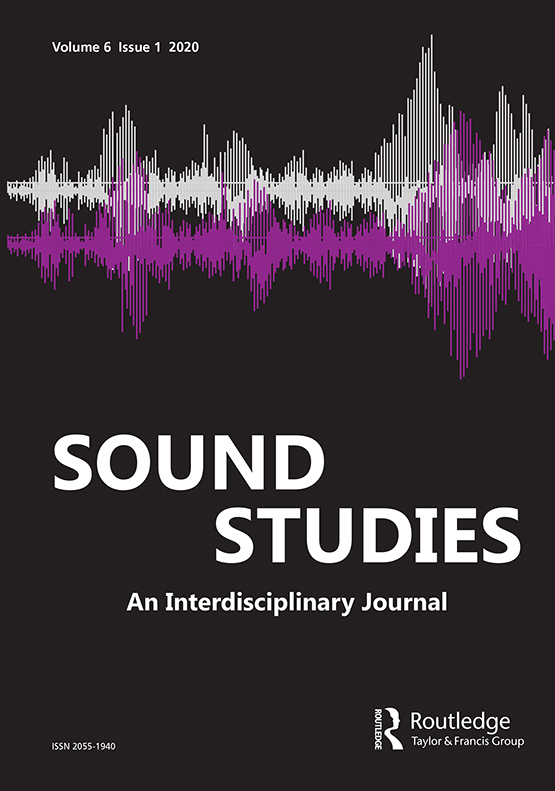 Sound Studies Journal has published its first issue of 2020, this time dedicated to explore “the vibrational materiality of sound and its status as an epistemological object”, as explained by Veit Erlmann from the University of Texas at Austin:

“The papers in this issue intervene, from a variety of perspectives, in the debate about the vibrational materiality of sound and its status as an epistemological object, arguably two of the most important topics currently being addressed within sound studies. The issue opens with an article by Lisa Chinn in which she revisits Walter Benjamin’s influential concept of the aura to argue for its underused potential in conceptualising sound as an object. Douglas Kahn, meanwhile, queries the “idealization of vibrations and rhythms” by examining the intersection of the materiality of sound and its valences as a cultural construct in two cosmographs visualising vibration. The rhetorical function of these “small images of the big picture,” he argues, is to stabilise a temporal order that has long been disrupted by climate change. In a paper informed by the work of Friedrich Kittler, Jacques Derrida, and Bruno Latour Melle Kromhout disputes the notion of the perfect copy as the ideal object of sound reproduction. Instead, a “logic of filtering” would foreground the operations that occur in the moment of reproduction as the primary point of reference for theorising hearing. Jacob Mallinson, drawing on Deleuze, Guattari and Merleau-Ponty, suggests that by engaging haptically with sound’s vibrations lip-syncing drag queens bridge between themselves and the loudspeaker enabling them to dramatise everyday speech. Edward Gillin, finally, excavates the long-forgotten roots of nineteenth-century seismology in Ernst Chladni’s vibrating glass plates.”

Some texts are free to read, some require subscription/payment. You can access to the list of articles Sound Studies Journal.