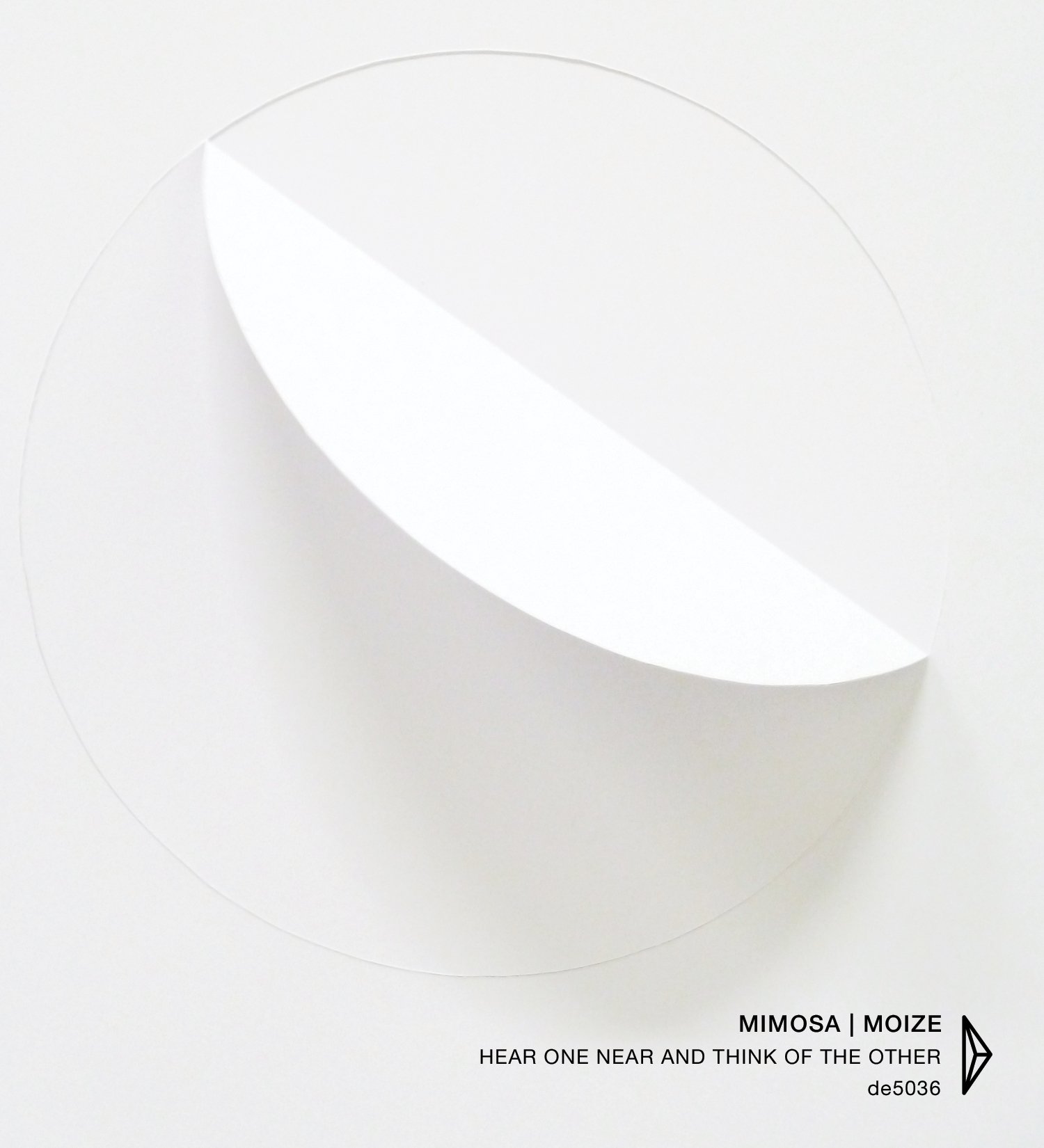 “A moment remembered is a moment anew.”. This is the first sentence on the text for Hear one near and think of the other a release by Mimosa|Moize a project of artists Lucia H. Chung from Taiwan and Martin J. Thompson from the UK. This release documents a performance the artists did on an exhibition where different spaces in the gallery served as extensions of the human ears addressing the notion of moment through time and space.

On their website in the liner notes Mimosa|Moize write about this work “A present moment rolling into and inspiring the next. A moment existing in-between the passing and the approaching, linked yet unique.”; time and space seems to be subjects of concern by many sound artists on many works: sound affects our perceptual space and our perceptual time in a very strong and non visual manner and this double and independent experience (physical and conscient), that Pierre Henry addressed through the separation of the reduced hearing from the the casual hearing, becomes strongly poetic when Mimosa|Moize invites us to this path that is only passable in our conscience.

On Hear one near and think of the other the formal aesthetics considerations are very specific. Small needly crisp textures (made with what seems like processed field recordings) combined with sine waves create this subtle high-pitched sonorities that build an emotional space of levity and light  that blurs any physical spatial notion that the listener can establish and instead submerges him into a microscopic world of involving, invasive and tiny sounds. They are moments on the piece  that are inaudible and work like some sort of silences a formal aspect taken into consideration that we will later articulate in the review. Through the piece they occur some deep heavy low frequencies depicting a physical spatiality that confront the spatial-less sounds addressed before in the review. This dronings sounds help depicting a three-dimensional blue print of the physical surrounding adding a new dimension to the work. Also a detail of importance is how the sounds seem to occur on different places, sometimes the sounds feel right in front of the listener, some other times they sound like they were occurring behind a wall; this dynamic proposes some sort of acoustical architecture that brings into this work the purpose and experience behind the original exhibition and addresses the capacity of sound to depict actual architectural perceptions of sound in terms of multiple spatialities.

Regarding the temporal aspects of this work the constant fading and the inaudible and/or silent moments helps depicting this architectural space with different rooms using narrative as some sort of path across this places. The narrative seems to work merely for spacial purposes linking time and space into one single experience.

Hear one near and think of the other is a very successful work in terms of how the thematic problem was established into a relevant context and how it was instrumentally solved with sound as medium and matter.